To say I'm a bit stressed would be putting it mildly.  Trying to get ready for the photo shoot tomorrow has been a bit much--all my own fault.  (See Current Projects for a visual explanation of why I'm stressed.)

STUDENT NEWS
My students, clearly, have been as busy as me.  I've had very few lessons to review the past few weeks.  THANK YOU!

TIP OF THE WEEK
All I have been doing for the past week is knitting texting gloves for the Fashion Framework article in the Fall issue.  I decided to to 3 pairs in different weights of yarn or 30 fingers.  By the time I got to the 20th finger I more or less got it down.  The reason most knitters prefer to make mittens or fingerless mitts is due to the tediousness of knitting and finishing fingers.  Not only are fingers a pain to knit, the results can be mixed.  It is difficult to work them so that there are not holes at the joins.

What I found really worked were two things.  First, most patterns will tell you to use the "e" cast on to bridge the gap when knitting the individual fingers.  The problem with this is that this cast on results in an excess of yarn no matter how tightly you work it.  This creates large stitches and ladders at the join.  Second, when you pick up stitches at these cast on edges, there is always holes at either side of the finger.  Yes, you can fix this when you weave in yarn tails but it makes the finger joins even more bulky.

To fix the first issue, instead of casting on any stitches I started working tight yarnovers at the join shown in the photograph below. 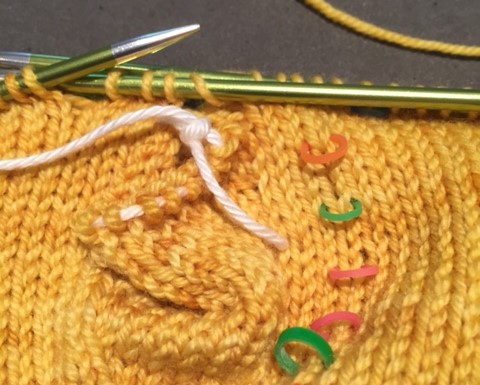 On the next round you use the strand created by this yarnover to work two M1 increases, taking care to twist the strand.  Does it matter whether they slant to the right of left?  Not at all.  This is shown in the photograph below.  Notice that there isn't much excess yarn.

Now for the second problem.  If you look at the photo above it shows the location for the thumb.  To work the thumb the stitches on the holder are transferred to needles and it is necessary to pick up two stitches in those cast on.  The is always a gap where the finger joins the hand.  The solution I found was to do something I have devoted many blog entries to NOT doing when picking up stitches in a bind off or cast on edge.  That is to pick up more stitches than you need.  The rule for picking up stitches on a horizontal edge is to pick up ONE stitch for every stitch.  When picking up stitches for fingers I recommend picking up four stitches in those two stitches.  Pick them up in the stitch below and between the stitches but NOT in the holes.  (Picking up a stitch in a hole just makes it bigger.) The photo below shows these 4 stitches. 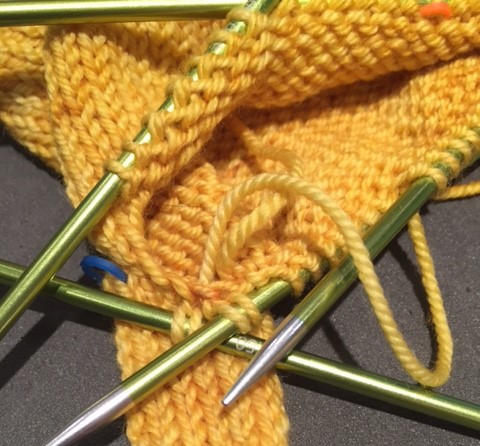 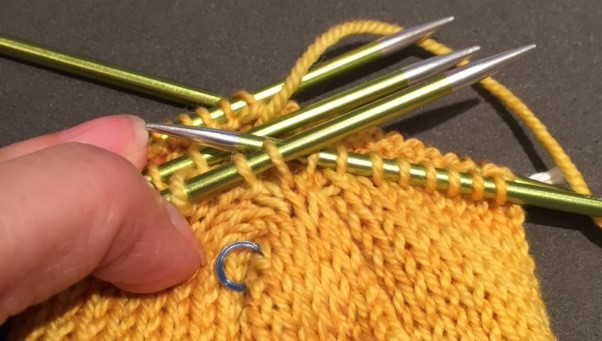 There are two videos for this:  Part 1 and Part 2.

I finished the bee sweater.  I didn't mind knitting it at all but the finishing nearly killed me.  The combination of the color and the size of the stitches made it hard.  To quote Danny Glover's character in Lethal Weapon, "I'm getting too old for this."  It did turn out OK.  Now to write the pattern and redo the charts.... 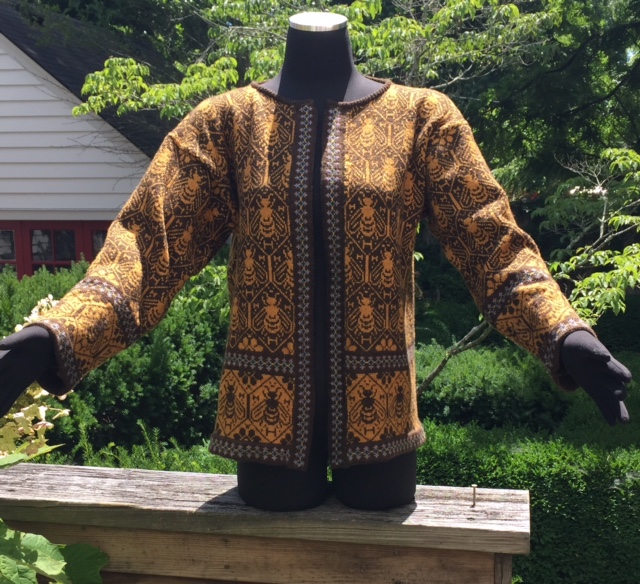 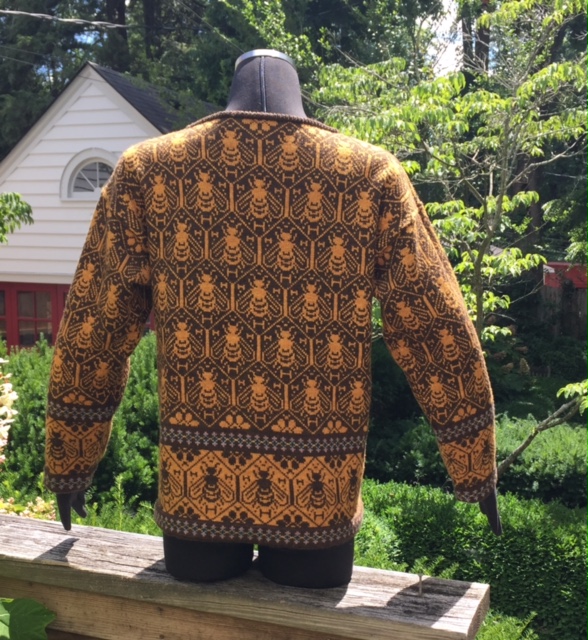 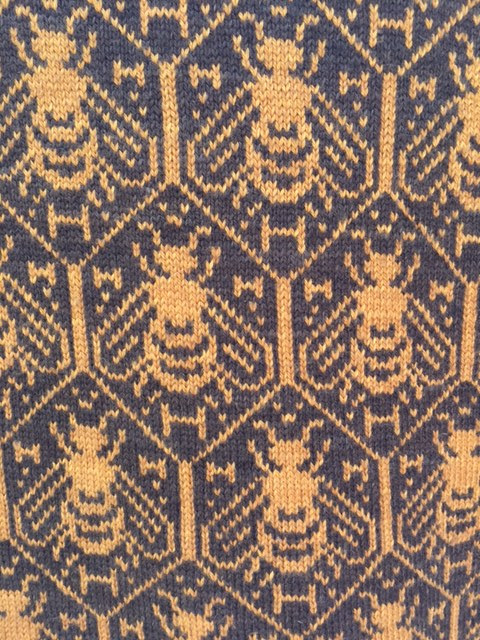 Here are the gloves.  Notice I haven't woven in any of the ends.  Sigh. 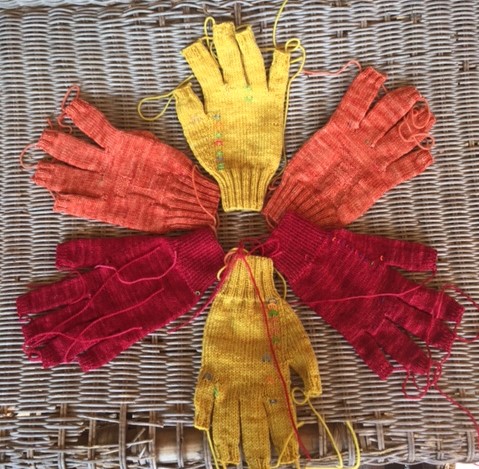 When I proposed the gloves I also decided to do a pair of arm warmers in a worsted weight.  The Stitch Anatomy lesson is on the basketweave stitch.  In the TNNA fashion show there were lots of ponchos.  Arm warmers would be fun with a poncho.  All of the yarn is from Anzula. 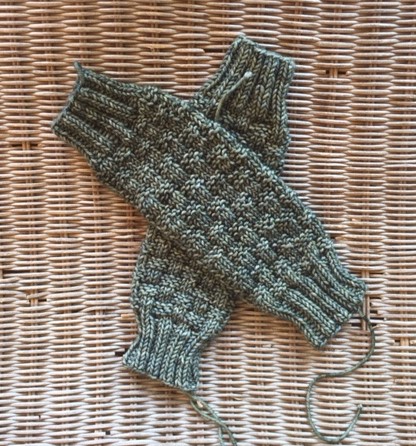 Posted by Arenda Holladay at 11:10 AM